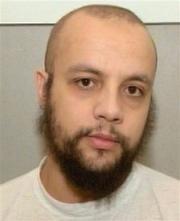 The Muslim, Mohammed Bouyeri, on trial in the slaying of filmmaker Theo van Gogh confessed Tuesday, saying he was driven by religious conviction.

“I don’t feel your pain,” he told the victim’s mother.

Mohammed Bouyeri stunned the courtroom when, in the final minutes of his two-day trial he declared: “If I were released and would have the chance to do it again … I would do exactly the same thing.”

“What moved me to do what I did was purely my faith. … I was motivated by the law that commands me to cut off the head of anyone who insults Allah and his prophet,” he said.

Bouyeri, 27, faces life imprisonment in the Nov. 2 killing of Van Gogh, who was shot, stabbed and nearly beheaded on an Amsterdam street. A verdict is to be handed down this month.

At one point, he addressed the victim’s mother, Anneke, who was sitting in the public gallery. “I have to admit I don’t have any sympathy for you,” he said. “I can’t feel for you because I think you’re a nonbeliever.”

Read the rest of the article about peaceful Muslims, here.