Jay, a frequent visitor to Smooth Stone, posted a link to this article in one of the comment sections below. It seems that an internet audio message attributed to al-Qaeda leader Osama bin Laden has warned the world against interfering with the new Islamic government which has taken control of Somalia. A group called the Islamic Courts Union, which says Somalia will be governed on Muslim principles, claimed to have taken control of the country on Thursday, after driving warlords from the capital earlier in June. Somalia has an interim secular government headed by President Abdullahi Yusuf, but it has little power. Jay wrote “That was not unexpected. Anytime Muslims violently take over a country they immediately demand it is theirs and no one can take it away from them.“

I agree, Jay. I guess this is what we can expect next: 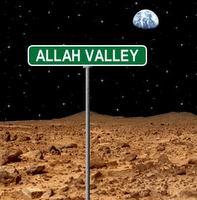